Special effects extravaganzas don’t get much better than Peter Jackson’s King Kong. A dramatic spectacle, the film is a perfect mix of action and passion, and of special effects and small personal scenes that greatly add to the emotional arcs of the human characters in the story. A film that hasn’t been surpassed technologically ever since (yes, not even by Avatar), King Kong deserves to be celebrated for years to come. 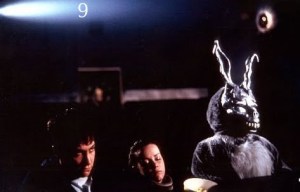 Contrary to popular belief, Richard Kelly’s Donnie Darko still holds up almost nine years after its original release. That Kelly’s film is still able to have as strong an effect on its viewer, even if most of it doesn’t make sense (at least at first) is some kind of triumph. The film, for all the grandstanding by the screenplay, can actually be called restrained due to the subtle performances by the cast which is excellent across the board, from Jake Gyllenhaal as the troubled teen Donnie, to the late Patrick Swayze as the hidden, but vicious pedophile Jim in his best performance of the last decade. Donnie Darko is a representation of all the angst, uncertainty and misplaced love that teenagers feel, and is the ultimate teen film. 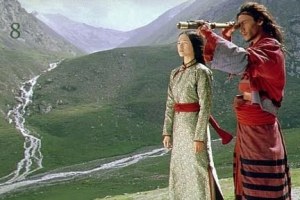 Referring to Ang Lee’s Crouching Tiger, Hidden Dragon as the film that introduced the world to the wire-fu style that it sparingly, but breathtakingly implements into its fairy tale story, would do it a disservice. Lee’s accomplishments go beyond revolutionizing the martial arts genre, since he did so much for Asian dramatic cinema as well. Lee’s subtly portrayed, but powerful characters stand out among the ground-breaking special effects and captivating vistas, as Crouching Tiger, Hidden Dragon may be the most crowd-pleasing art film of the last decade.

Leave it to M. Night Shyamalan to create the defining cinematic moment of the last decade, which occurs when the blind Ivy (Bryce Dallas Howard in an amazing performance) goes out into the modern world for the first time in her life and meets Kevin who seems like a nice person. When Ivy says “I did not expect that” I knew The Village is one of the bravest, most conflicting pieces of cinema I’d ever seen. Sure, it plays like a ‘greatest hits’ collection from all the pre-method filmmakers that ever lived, but Shyamalan not only strives for cinematic perfection (and achieves it), he also asks individuals to stop hiding from the world, and face its unfairness, its violence, and its carelessness so as to discover its moments of beauty, however small they may be, as they represent what truly matters.

Clint Eastwood’s best film, Letters from Iwo Jima shows him exploring the battle of Iwo Jima as it was experienced by the Japanese. That the film would a.) be the most authentic and realistic portrayal of the Japanese side’s experiences during the battle, and that b.) it would become the most effective tear-jerker this side of Titanic were things no one anticipated back in late 2006. But Letters from Iwo Jima achieves those things with ease, and it’s impossible to imagine how any filmmaker, even Eastwood himself, would ever be able to replicate. I can’t believe this isn’t in my top 5.

Speaking of can’t-be-replicated, Roman Polanski’s drama The Pianist transcends from unnerving to unforgettable during its running time, and Polanski has us amazed at one moment, and bawling our eyes out in the next. Of course, Polanski is no stranger to playing with our emotions (in the best sense of the phrase), but The Pianist is probably his most sincere effort. Anchored by a performance by Adrien Brody that no descriptor can do justice, the film is the example of technical and acting ability combined to create a film that may have no parallel in the last decade, or for that matter, the last 20 years.

What can I do? I’m a romantic and I can’t help but fall in love with Michel Gondry’s Eternal Sunshine of the Spotless Mind. The film’s convoluted and confusing plot has now become something close to legendary, but what I like the most is its surprising tenderness despite the lack of continuity. The film contains some of the most romantic moments in movie history, and some of the most heartbreaking. That the story as a whole comes together around these moments and becomes something one can appreciate from more than just a distance, automatically earns it the label of ‘best romantic movie of the last decade’.

The most disturbing movie of the last decade was Darren Arronofsky’s anti-drug monstrosity Requiem for a Dream. Based on Hubert Selby Jr.’s equally disturbing novel, Arronofsky slaps all the films that embraced drug culture in the face, and rightfully so. But the film is not valuable only because of its message, it also represents what the medium is best at – the way it can physically and mentally affect its viewer when done right. No part of the awful story the film tells is anything less than scary, and one is unable to recommend this film as a piece of entertainment. In fact I feel terrible about recommending this film to anyone who may not be prepared to view it, but I can guarantee that viewing it may be the most unnerving, beautiful, awful, transcendent, resourceful, indescribable film experience of one’s life.

Science fiction is hard to do right… unless you are Steven Spielberg working off of an idea first developed by the late great Stanley Kubrick. Spielberg’s Artificial Intelligence is the best science fiction film of the best decade, because it actually tels a story worth telling and tells it well. The symbolic worth alone of this film should put it in the top 5 science fiction films of all the time, but its emotional weight is what is really going to win over its unsuspecting audience. Artificial Intelligence is an unforgiving film, one that tells a discomforting story about humanity’s worst traits, and the ever-lasting mark it is bound to leave on this planet. But maybe the best part of the film is that it’s a story about the love between a mother and her son, and how it can transcend time, space and even life itself. 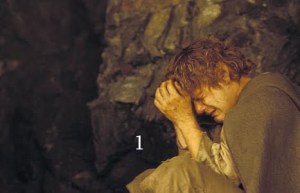 What is the true power of friendship? Is friendship love in an different form? Peter Jackson’s The Lord of the Rings explores the lengths we will go and the sacrifices we will make to protect a true friend. And while that is it’s central theme, the ideas of life and death, good and evil, intelligence and strength, love and hate, are all explored on a level that transcends the broad definitions of the above terms and puts them at conflict. Truthfully I can’t ever really express how much I love this film, and give clear reasons as to why it is the best film, not just of the last decade, but of all time, so I’ll let it speak for itself, by ending this post with the most moving line ever uttered on film:

“I’m glad to be with you, Samwise Gamgee, here at the end of all things.” – Frodo in The Lord of the Rings.