A surprisingly artistic entry in the superhero genre, Batman Begins not only revitalized the beloved dark superhero, but also set a dramatic and aesthetic standard that films of its type have been trying to reach ever since. Few have succeeded in blending drama and action as well as director Christopher Nolan did with this film.

Ang Lee is no poser. Due to his unexpected treatment of a potentially cliched story, Brokeback Mountain has become one of the definitive films of the past decade. Lee grounds the story so well that people of all sexual orientations were able to relate to the hopeless characters in this film.

Surely not an exercise in cinematic restraint, Julian Schnabel’s The Diving Bell and the Butterfly is all the better for it. Seeing the world through an almost fully paralyzed human being’s point of view made for the some of the most effective and affecting movie-going experiences of the last decade. Best part – the characters retain their humanity, making it a complete achievement in cinematic art.

One of the few Gus Van Sant films that can ever be called resourceful, Finding Forrester may also be his most underrated film. For once Van Sant tells a story in a simple, straight-forward, focused manner. The film is therefore able to inspire and teach the audience about the importance of writing as an artistic outlet.

Clint Eastwood’s efforts behind the director’s chair are usually thematically complex, understated examples of cinema, but Gran Torino is an over-the-top anti-racism parable with a strong and forceful message that Eastwood tackles as effectively as ever. Anchored by his strong central performance, Gran Torino will be a favorite to movie-goers for a long time to come.

A taut science fiction thriller with a heart and intelligence to spare, Steven Spielberg’s Minority Report trumps most other films of its ilk, due to a heroic and heartfelt performance by Tom Cruise, realistic special effects, and best of all, an unconventional and risky ending. It is hard to fall in love with this film with just one viewing, but with time, Spielberg’s skill definitely shows through.

The best musical of the last decade, Baz Luhrmann’s Moulin Rouge! is not pure escapism. Sure, it is the most fun you could have at a movie theater while watching a musical, but unlike Rob Marshall, Luhrmann is unwilling to settle with just a simple movie. There is an innocence to this film that lends it surprising, heartbreaking poignancy not usually found in the juvenile musical efforts of the past decade.

Unfairly labeled as the lesbian Brokeback Mountain, Pawel Pawlikowski’s My Summer of Love is about much more than suppressed sexual freedom. In a single frame, exchange or dialogue, Pawlikowski tackles religion, family, social class dynamics, and love all at once, and by the end of this short understated little film, one literally feels exhausted due to the sheer power all these themes inflict on the unsuspecting viewer.

Good grief! Though Mel Gibson’s The Passion of the Christ may be as violent and aesthetically pleasing as, ironically, Lars von Trier’s Antichrist, it is the better film simply due to Gibson’s honest lens. The best films of all time are made by filmmakers who truly believe their subject matter, and Gibson believes in Jesus’s struggle, body and soul. The resulting film is a testament to that belief. 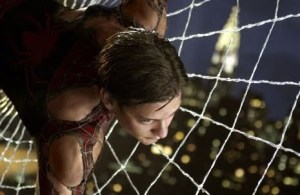 After a disappointing initial entry into the series, Sam Raimi’s Spider-Man 2 revitalized an already boring character, giving him the complexity and emotions he desperately needed. But Spider-Man 2 also represents a revolution in the superhero genre, as Raimi’s film demands an intellectual investment from the audience – something few superhero movies had attempted before, but many tried to replicate after.