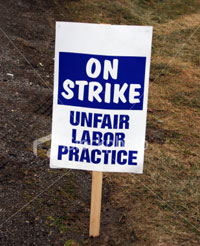 Now that the Writer’s Guild of America strike is affecting movies (a Johnny Depp and an Oliver Stone film have been canceled), it is time for me to chime in on it. Let’s get something out of the way first – I am on the side of the writers. Screenwriters have always shared the least credit for the final product, both financially and otherwise. When I say the latest Marc Forster movie is great I am talking about the director as if he created the whole idea by himself. In fact, Forester is one who always works off of a script written by someone else. The greatness of films like Stay, Monster’s Ball, and The Kite Runner should be attributed to them too.

On the financial side of things, writers are also definitely getting the short end of the stick. The highest-paid writer in Hollywood, Akiva Goldsman for Angels and Demons, gets that title because he got paid $4,000,000. Wow. A big number for people like me, but when compared to the highest paid directors and actors, it is almost despicable. And now writers want their due – they want the producers and studios to give them percentage deals from DVD sales and a salary minimum. These things wouldn’t be a big problem if not for one thing – the movie industry is not making money. Most studios reported second quarter losses, even though box office numbers are up from last year and the year before. Yet, increasing film costs and inflation are the two things that are definitely making studio-heads stingy. So what we have here is that studios are not making as much money as they used to, and writers want more money. How do you find a solution to that?

It is almost impossible. If the writers get their way, studios may never be profitable again. But if the studios get their way, films will be written by angry writers and will therefore be terrible. The projected date for the strike’s end is now sometime in March. That is unacceptable. The hold-up is due to neither side wanting to lose. So this is not a money issue anymore, it is also a power issue and those are even harder to solve. When egos are involved, you know you’re in it for the long run.

The effects of the strike lasting longer will basically be the following: A film shortage will develop and many big blockbusters will be pushed back to Summer ’09 to counter-balance the lack of new releases. Also more films will be re-released in theaters and DVD formats. It will be an exciting time for sure.

So what is my solution? I don’t have one. Obviously if I had to think of one off the top of my head, the word ‘compromise’ is the first thing on my mind. The likeliness of compromise is less than one would think. Businesses don’t thrive on compromise, they thrive on unfair treatment of their workers. Ask anyone. Anyway, I know this is a boring subject, but it can get really interesting. If you want more updates and information click here.

One thought on “"Stuff On My Mind" Part 2: The Writer’s Strike”