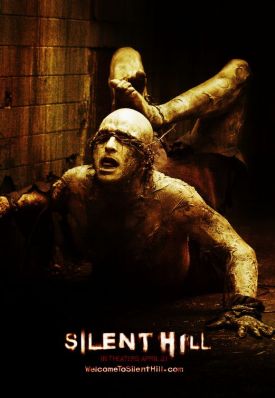 Time after time in recent months, we’ve seen video-game based movies fail, both critically and at the box office. There are two things that are partially responsible for the films being disappointments and both have nothing to do with the source material. The first thing is the filmmakers’ pre-judgement of game players as shallow, A.D.D.-prone teenages who don’t want a deeper story and twists andd turns in the plot, but just want pointless shoot’em-ups. That misinterpretation of the video game fan can easily be proven wrong by looking up what the top rated and top selling games contain complex stories and memorable characters (Indigo Prophecy, Silent Hill, and the Metal Gear Solid series come to mind). The truth is that gamers like more than having a big gun that they can shoot stuff with. They like it when there’s a point to all the shooting and violence. Heck, even Grand Theft Auto has some kind of plot. But when directors like Uwe Boll (who rejected a good sript for BloodRayne because there wasn’t enough action) make untrue conclusions about the modern gamer, the film is so bad it may even turn-off some people that went into the movie to se if they should play the game (a very small percentage).

The second problem with video game films is that the filmmakers, in fear that they will anger gamers, refuse to stray from the storyline of the game. The truth is that when a screenwriter is given the rights to adapt a game, he/she is given the rights to eveything. The only thing he/she can’t change are the names of the characters and locations in the game. That leaves the screenwriter freedom to tinker with the plot as much as he wants to. Too many simply stick to what’s already there. The biggest offender recently has been Doom offering nothing but pointless shooting.

Truth be told (and this will make you question why in the world I wrote the above two paragraphs), director Cristophe Gans and screenwriter Roger Avary don’t make any of the mistakes I mentioned above. In fact they have created a complex, and more-or-less, original story that was inspired by the first and second game. In fact Gans treats his audience as intelligent human beings who can think (true for most people).

The plot goes something like this – Sharon (Jodelle Ferland who I’m looking forward to seeing in Tideland later this year) is a girl that has seizures and sleepwalking episodes that endanger her life and, for some unknown reason, lead her to repeat the words Silent Hill in a frightened voice. After doing some research, her mother Rose (Radha Mitchell) finds out that Silent Hill is a city somewhere in West Virginia (I officially cancelled my plan to visit that state after this and The Mothman Prophecies) and decides to take Sharon there in hope that it might help with the constant psychological episodes. Sharon’s father (Sean Bean) though, who finds out about the nature of the town doesn’t want them to go there. Still, Rose foolishly takes her daughter anyways and the results are tragic. After a confrontation with a police officer ( they get into a car crash right in front of the sign that signals the beginning of the town of Silent Hill. Then, Rose wakes up and finds that her daughter has run away, forcing a chase through the town that leads to various unsavory places. On the way, Rose meets various characters including Dahlia (Deborah Kara Unger) a weird and homeless-looking woman with a secret, and Christabella (Alice Krige) who is the leader of a religious organization that worships pagan symbols and is safe from all the horrible creatures that inhabit the town.

So you might be asking yourself – why the low rating? I mean, on paper it sounds like a terrifying romp through a town with mystery, adventure and plot twists at every turn. Well, because it’s not. The main reason for that is the absolutely horrific screenplay by Roger Avarywho was one of the main reason I was so hopeful about this film. Avary’s resume includes such titles like The Rules of Attraction and Pulp Fiction. The way he wipes out with this screenplay is amazing. The individual lines are fine on paper, although I use the word ‘fine’ hesitantly, but on screen they sound like cliched, over-wrought, and worst of all, unrealistic for the modern day. Obviously, they would still have been fine if the acting was any good, but this film contains some of the worst acting in any movie that I have seen this year, and I have seen Bubble!! But more on the acting later, there are more problems with the script here.

The first 40 minutes of this two hour movie are great. In fact Gans displays all his talents here, building suspense and actually getting in a couple of good scares here and there. Also this is the part of the film that I found it easiest to keep track of. But then Deborah Kara Unger’s character shows up and it all goes downhill from there. If I had walked at that moment, i would have given this film a much, much higher rating. Unfortunately, I didn’t and I witnessed Avary’s script collapsing in on itself with all the over-the-top visuals and unimpressive locales that Rose visits falling right on top of it. Rose and her companion, the cop, travel from place to place, encountering various unexplained creatures (probably explained in the game) and making dumb and fool-hardy desicions. But it gets worse when the final confrontation between the religious leaders, the devilis girl, and Rose begins. Gans’s visuals are so over-the-top, so pointless, so not scary, and the suspense they create is so minimal that walk-outs are to be expected. He obviously thinks it’s an amazing grand finale, but he couldn’t be more wrong. Of course him and Avary don’t think that’s good enough and end the film with an ending full of question marks. POTENTIAL SPOILERS** It’s a lot like the whole of 3-Iron **SPOILERS END but it’s much worse, because Gans thinks that simply by making an ending that the audience can’t get, it will inspire conversation afterwards, but all it got from me was a big ‘whatever’ partly because I understood it and partly because I realized how dumb and how cliche it all was.

Now back to the acting. You know I used to like Radha Mitchell before I saw this. Why, with solid performances in movies like Pitch Black, Man on Fire, Melind and Melina, and Finding Neverland, I was expecting her to be a perfect fit for this role. Yet, she proves that she is no Jennifer Connelly and her constant irregularity (sometimes she is over the top, sometimes emotionless) and laughable delivery make it painful to watch. Same goes for Kim Coates who, while having great posture, can’t act to save her life. Also there is Sean Bean whose character is used only as a plot device and is given nothing to do. Even promising young actress Jodelle Ferland as Sharon struggles, although she has her shining moments. The one good acting job here is by Deborah Kara Unger even though she has limited screentime and of course Avary’s ghastly dialogue to deal with. Overall, though the acting is so bad that it is likely responsible for the rating going down a couple of notches.

On the technical side the movie is great. Gans, whose previous effort Brotherhood of the Wolf had some great sequences, is skillful with the camera. Also cinematographer Dan Laustsen does a beautiful job of making an atmosphere that is at least a little similar to the game, and also frequently beautiful (the ashes). Still, the best part of the whole movie is the driving score by Jeff Danna. The score’s unrelentless and totally original qualities make some parts of the movie better than what they would have been if there was cliched horror music playing.

The truth is that, Silent Hill is never scary. It has some interesting and disturbing moments, but they are too few and far between to make any of the other stuff tolerable. Not recommended.